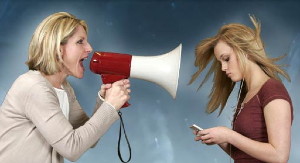 In his Crossing Thin Ice conferences, Jeff presents compelling evidence that the worldly influence of our culture is not the primary culprit, but protective parenting. (His presentation transformed how my wife and I are raising our young adult children.)

Jeff observes that Jesus didn’t isolate his disciples to “keep them safe.” Instead He:
• engaged them in ministry with Him where the need was greatest,
• reminded them frequently of his departure (their need to learn),
• sent them out on their own in pairs (to practice what they learned), and
• commissioned them to fulfill their calling.

We can and should do the same thing with our own kids!

[I would further note that Jesus didn’t simply involve His disciples in doing good things. He focused on training them how to multiply.]

To detail this a bit further, Jesus’ training program was radically different from most church and seminary models. He …

Jesus’ rag-tag group of “unschooled, ordinary men” “turned their world upside down.” Our children have that same potential today!

Schadt’s material confirms the results of my own research into multiplying discipleship and church planting movements:

All of our disciples (including our own kids) need more from us than spiritual truth and a godly example; they ALSO need to join us in direct ministry to hurting people, and to receive training and a compelling vision for their role in multiplying Jesus-followers.

So in 2012 our whole family went with Greater Europe Mission (GEM) to research the needs of Afghan refugees as part of their effort to launch 50 movements in 5 years. There we helped them start a discipling movement among Muslim refugees in one of Europe’s gateway cities. This movement now sees Believers Born Muslim leading other Muslims to Christ on a daily basis.

Our teenage daughters weren’t excited about going, but they were drawn in by the opportunity to spend their days alongside slightly older “young adults.” Each day they went out in twos and threes to share their testimony and the Gospel, and they loved it. Even though our involvement was only 10 days, nothing else we have tried has had a comparable spiritual impact on our children.

In 2013 we headed back to Europe to work with GEM in a similar effort in another city, and this time our kids were excited about going, even working hard beforehand to learn the national language of country we were going to. There again we worked with a long-term team toward seeing a local movement launched.

Now we are aiming to learn how to engage our own kids, along with other local college students, in a conspiracy to see God’s Kingdom come and His will be done, on their campus and throughout the world.

Pray for us as we seek to learn how to help other families disciple their kids to follow Jesus in winning and discipling others to do the same.